EDIT: Actually, the statement says it’s not even due until 1-14 RT, so it can’t be past due at all. I’ll take a screen shot.

EDIT : but it doesn’t make sense that the statement amount wouldn’t be due until 1-14 because my next payment due (above that) says it’ll be due 12-18. IDK, it’s all very confusing, because nothing adds up right. 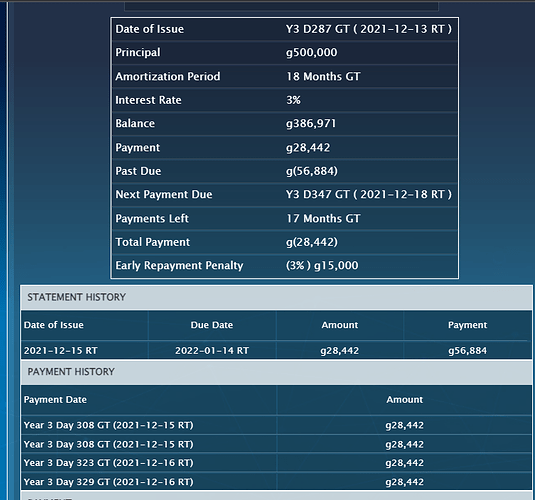 The numbers in parenthesis are a negative number, and in relation to “past due” indicate an over payment as you reported doing. 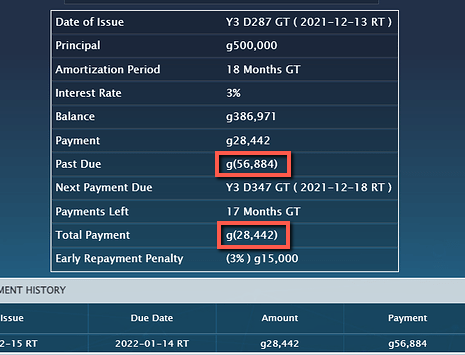 Well, don’t I feel silly! Thank you so much for clearing that up for me. I told my husband, “I wouldn’t be surprised if the game had someone in my finance dept messing with the books to teach me to always double-check them”, lmao which is an idea I kinda wanna send to feature requests now

Lol, all good. We are glad to help. Enjoy the game.