There is something strange with market demands of automobiles

I will have to check this but I don’t believe that number can fluctuate. It may have been an issue with the rollover map reading the wrong country.

I don’t agree. After my “fail” in South Africa, I made several check before to settle my last business to be sure. Market demands have been divided by 5 in a few hours (RT).

Moreover I think some game rules are broken. I will make more tests to confirm it and come back to you later.

I am currently seeing just over g1,000,000,000 for South Africa. I checked with the lead dev here and he states that the Market Demand can fluctuate with the number of businesses in an area. This is to allow growth in number of players and to prevent a country from maxing out when too many players set up businesses.

I don’t know why it would go down though if no businesses move out?

I questioned your meaning because it seemed unlikely it would drop that much. I will keep an eye on South Africa to see if it fluctuates and what factors may be affecting it…

i will do something else cause the big change was after me and my partner settled our businesses.

So to prove what i was talking about: 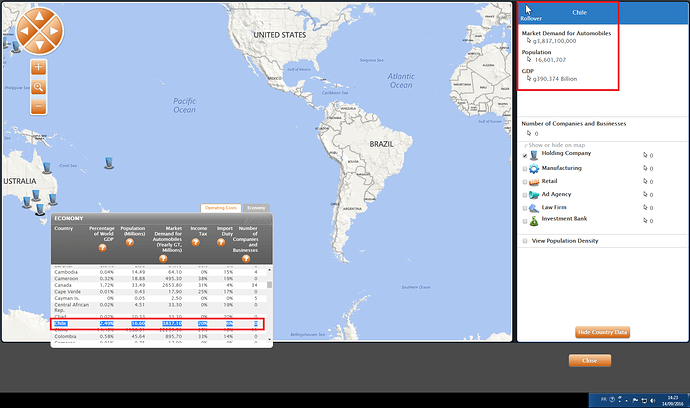 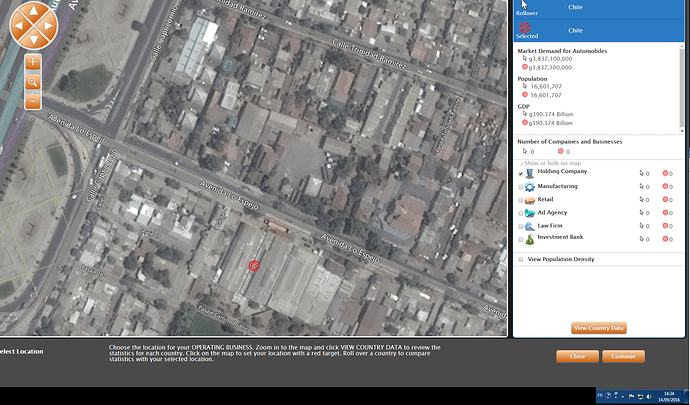 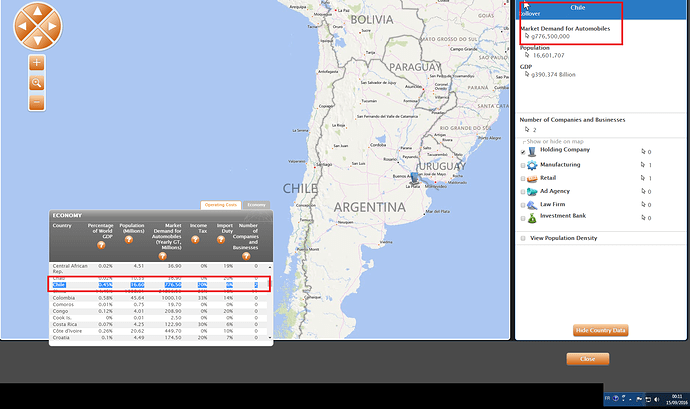 Thanks for this. It should help us out quite a bit with finding you an answer.