How to close loans? On all loans I had early repayment fee which I didnt pay (in one case I paid but it didnt went to player but stayed on my account since balance of loan went to 0) since loans under invoices and loans had balance 0 after repaying them early (I paid only amount borrowed). But on General Ledger I can see that there are still balances left to be paid for those loans, although under loans and invoices I dont have an option to pay since there balance shows 0.

Basically, how to pay early repayment fee since loan applicatoin doesnt recognize it but general ledger does.

@Jacobus, could you screen capture you ledger so we can see what your discribing?

sure, first is snapshot of general ledger, and 2nd of loans and invoices under finance where you pay loans (I can put only 1 per post since new user).

Edit: I have now realized that it is not difference in early repayment fee (which I didnt pay) but that it shows wrong debit and credit, maybe I should have report it under bugs. 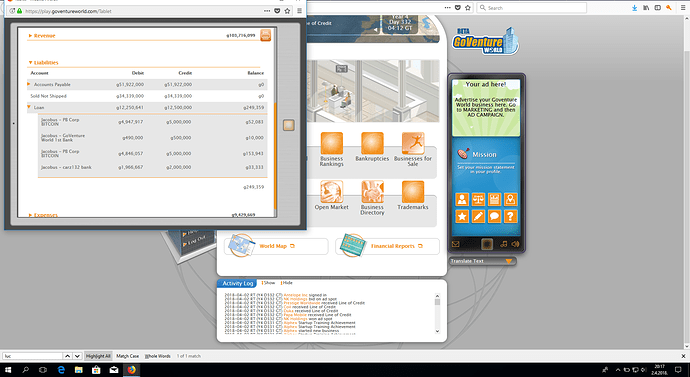 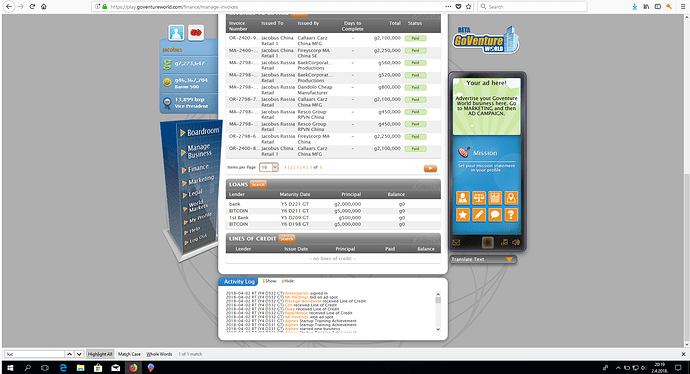 @Jacobus Thank you for the bug report, we will be looking into it.

One other thing, I raised 3 mil through bonds 10 days ago, it still didnt get transfered, or if it did I didnt notice it and it doesnt show it on general ledger nor on liabilities in regular balance sheet.